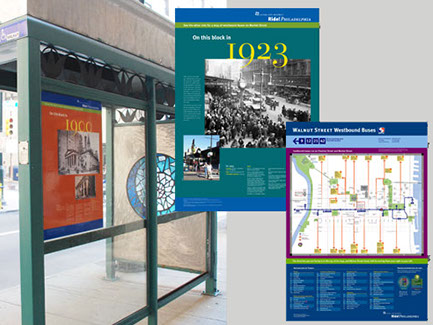 on bus shelters were the first component of Ride!Philadelphia,

an expansion from pedestrian wayfinding to bus and rail modes, begun 11 years later. By spring 2013 there will be about 100 two-sided panels in place, with half

of them recently revised. Like all Walk! and Ride!Philadelphia car-tography, the maps are heads up and in all of them the buses move from right to left.