The development of an ext– ension of Ride!Philadelphia to Center City's 100+ access portals to underground rapid, com–muter rail, and trolley stations began in 2006 and included
a series of components that
began at grade and continued
on stairway soffits, platforms,
and concourse. The process
is described in this animation, including the last–minute refusal by a major player to accept the overarching mark for transit that it had approved a year earlier (see Ride!Philadelphia). 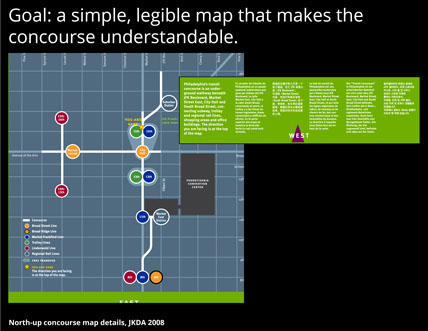